On April 15, 2008 we closed on a 1955 Mid-Century Modern home in Merriam, KS that was custom designed by the late Donald R. Hollis of Hollis + Miller Architects. We will be sharing our journey as we update the house to make it our own, while trying to stay as close to the original design as possible.

Despite some hounding by LD and some friends, I only managed two posts in 2014.  I could lie and claim that we had no projects that were blog worthy, but I won't.  I was just plain lazy when it came to writing.  So my New Year's resolution is to  update this blog a lot more often than I did in 2014, which is not setting the bar too high.  Well here is to hoping that I keep this resolution.

In order to make up for my lack of updates last year I will try and catch you up with some of the highlights from last year.

Our Homeowners Association organized a bidding process for those of us that needed trees trimmed and/or removed.  We took advantage of the lower prices, and had several trees trimmed.  Unfortunately, we also had our silver maple removed from our front yard.  It had just sustained too much damage from previous storms, and it kept loosing major limbs with every storm we had.  We were happy to provide some work for a hard working crew during their off season. 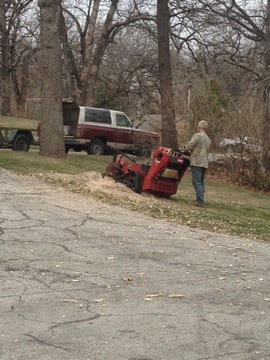 Minor project, but worth mentioning.  Given the lack of contrast between our wall and house numbers, we decided we needed to make our house easier to locate (delivery persons, first time visitors, etc....) So we purchased a stencil from Modern House Numbers, and stenciled our address to the curb. Hopefully it makes it easier for the pizza delivery person to find us now. 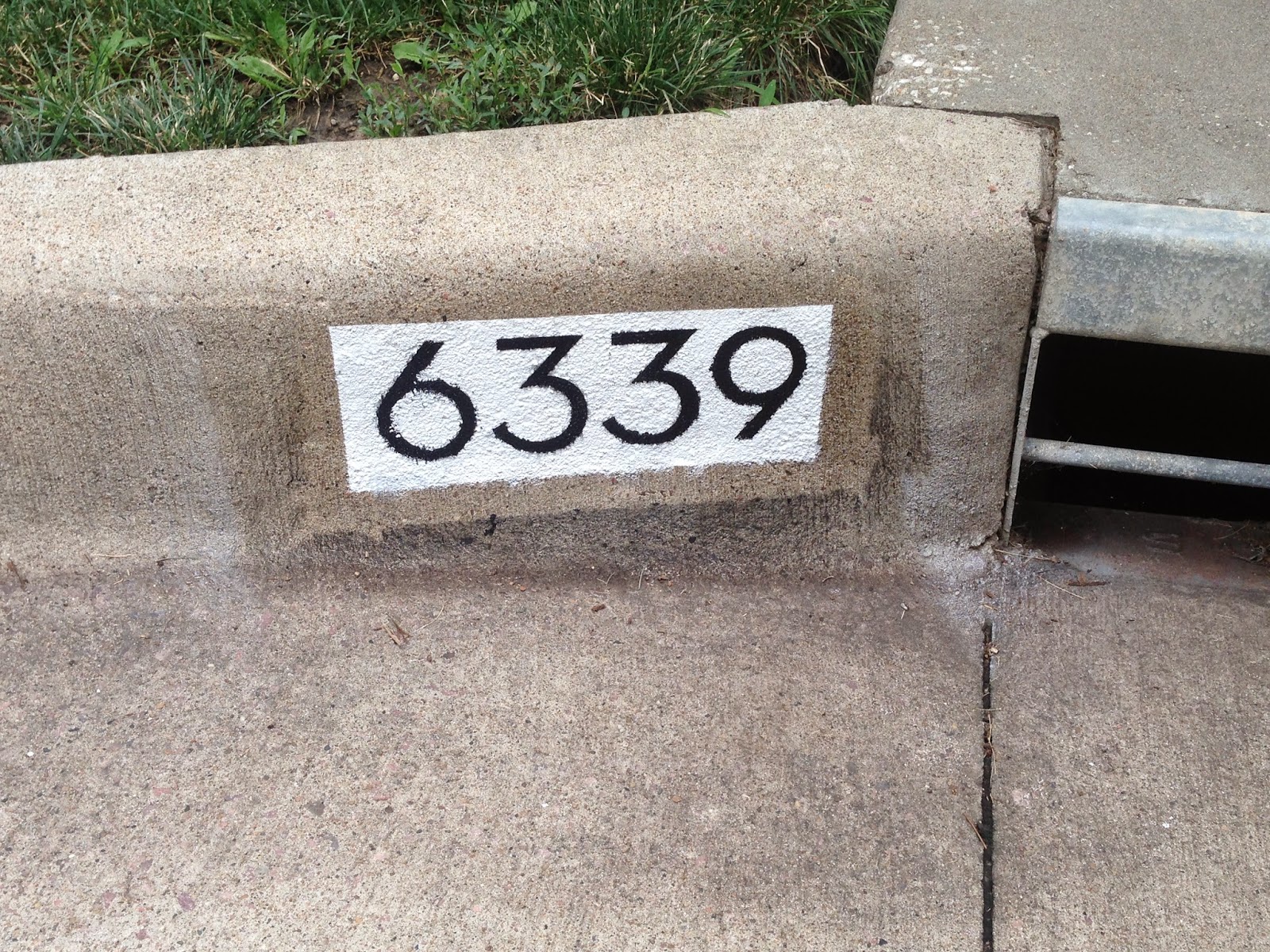 LD had been lusting after some wall tiles from Inhabit Living for several years, and in 2014 she finally bit the bullet and placed an order for some of their Tierra Wall flats.  She put a ton of effort into the prep and installation of those tiles.  This project is worth a blog all on its own, so look for one shortly. 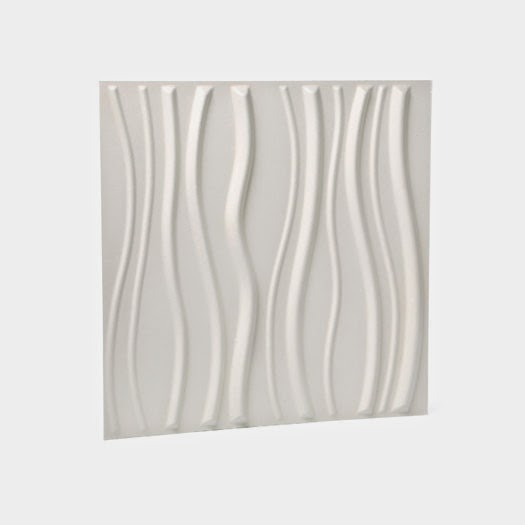 Not a house project, but certainly worth mentioning.  I was a frequent stalker of the IKEA construction site. 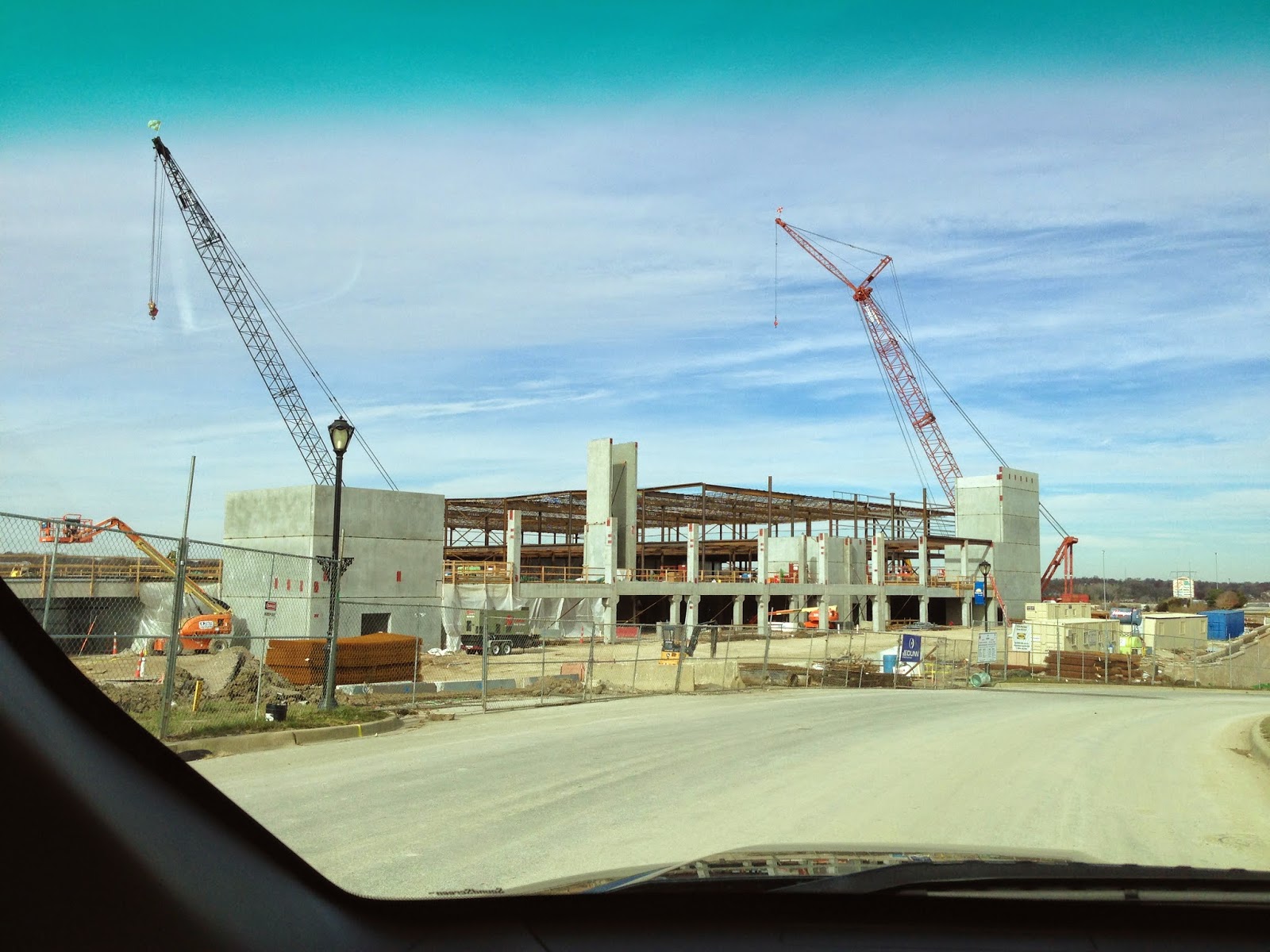 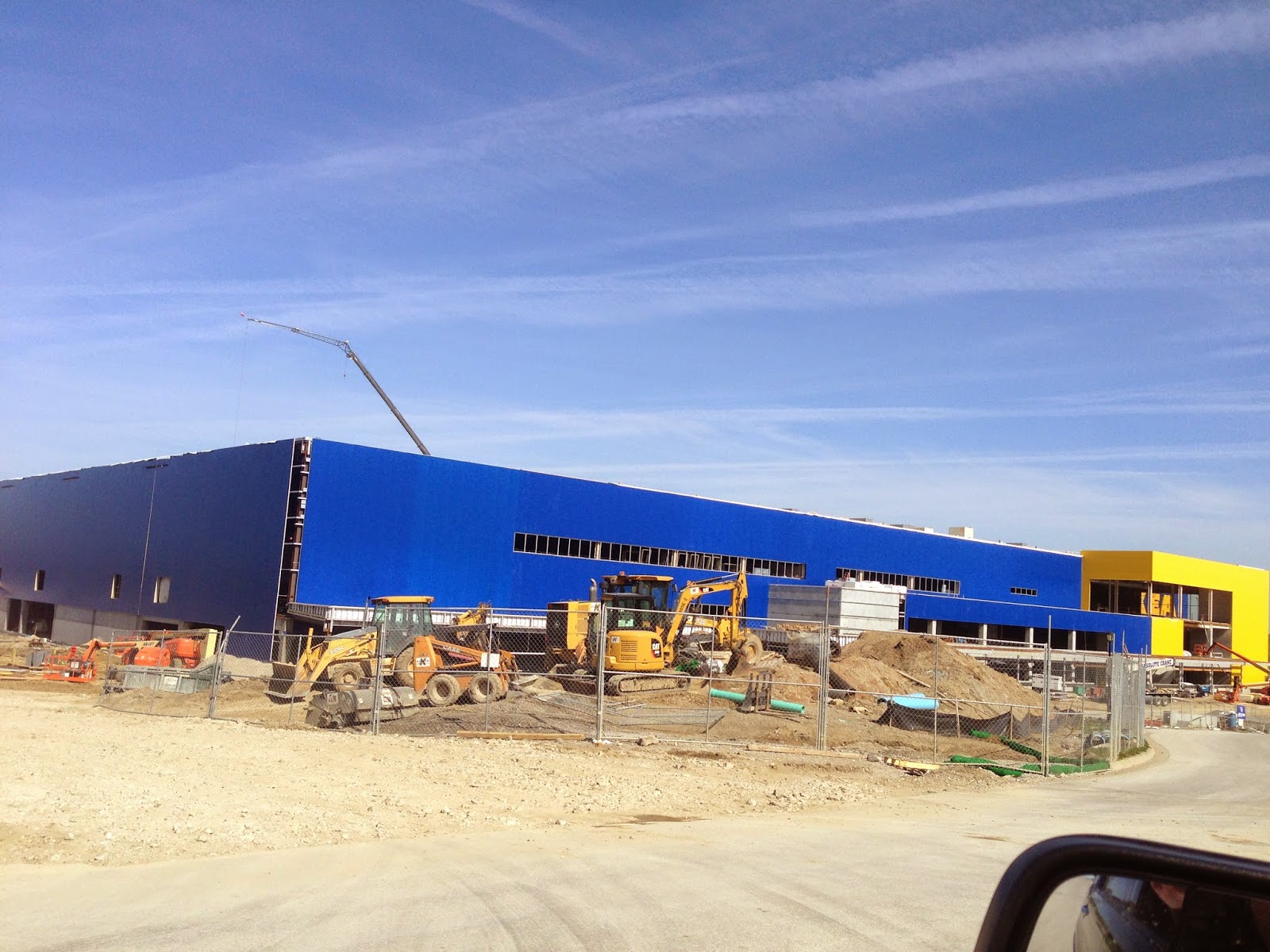 On September 10, 2014, LD and I joined a few thousand other IKEA fans in celebrating the grand opening.  It was well worth it! 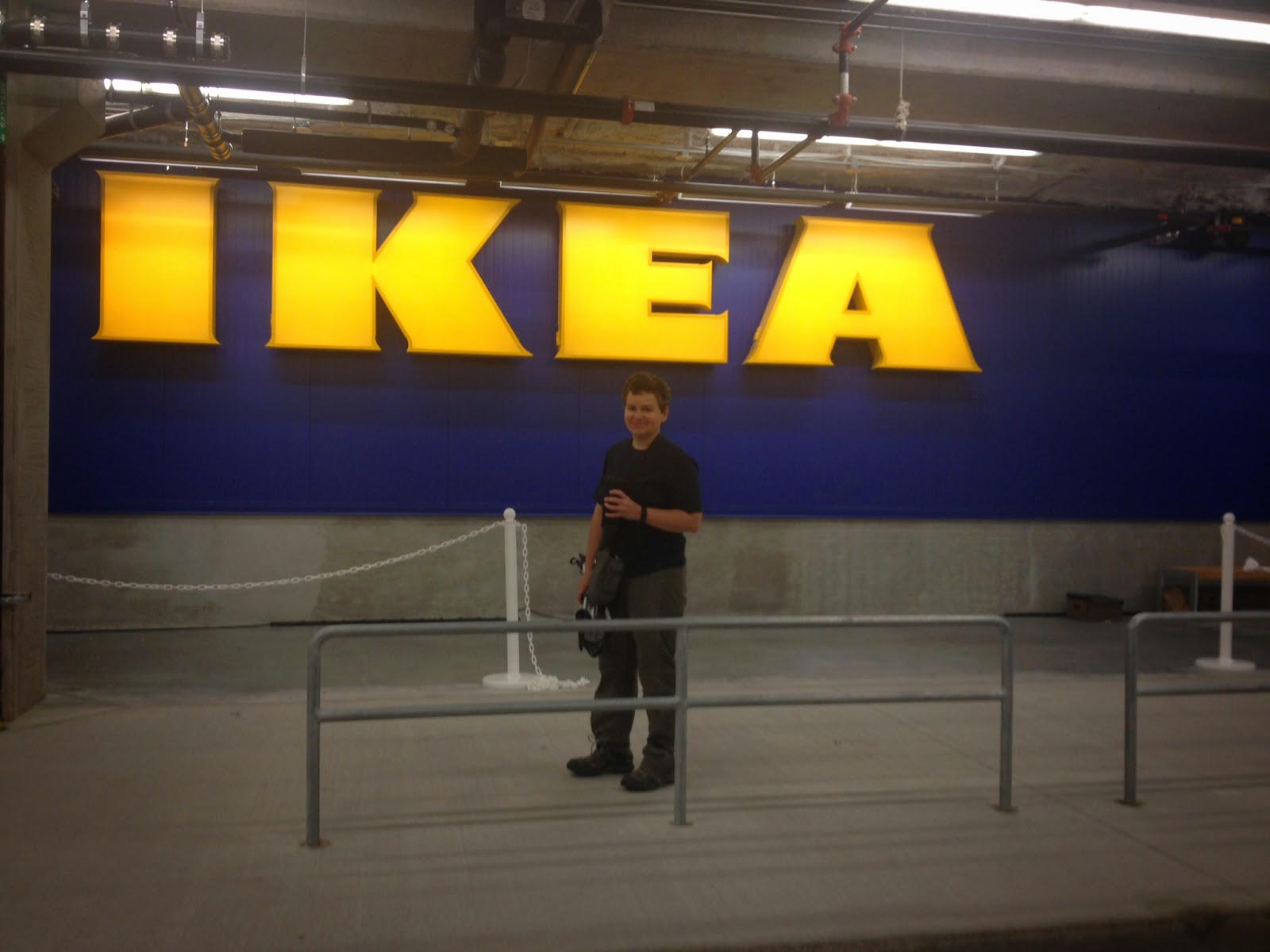 So instead of having to travel 8 hours to get to the IKEA in Minnesota, I only have to travel about 3 minutes.  Walking and/or biking are also an option!

After much discussion between what the bar for Blackdog Bar would look like, it finally became a reality this year.  LD fell in love with a metal counter that she saw during one of the first weekends at the West Bottoms.  Unfortunately that specific piece was too large for our house, but she commissioned one. 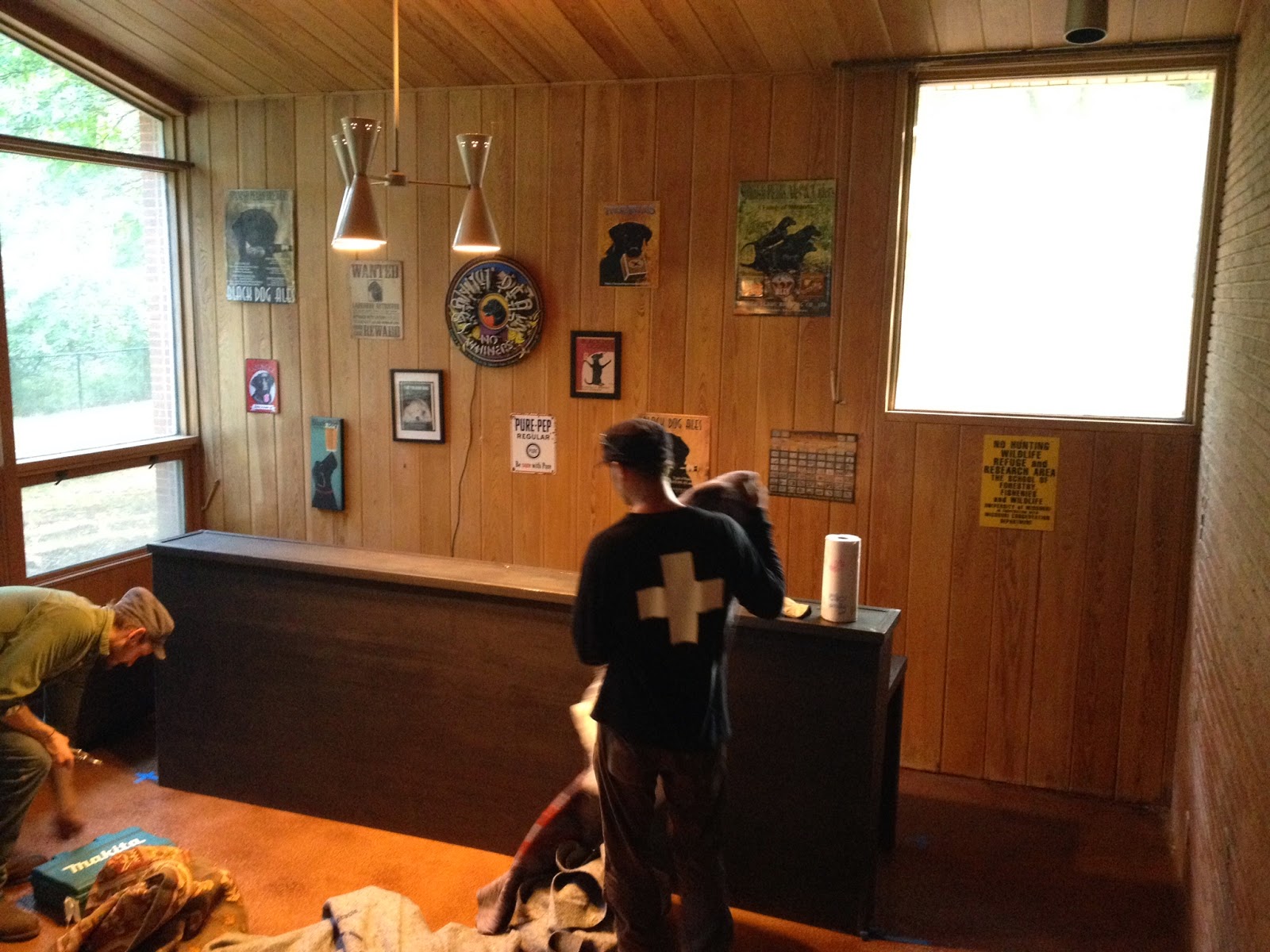 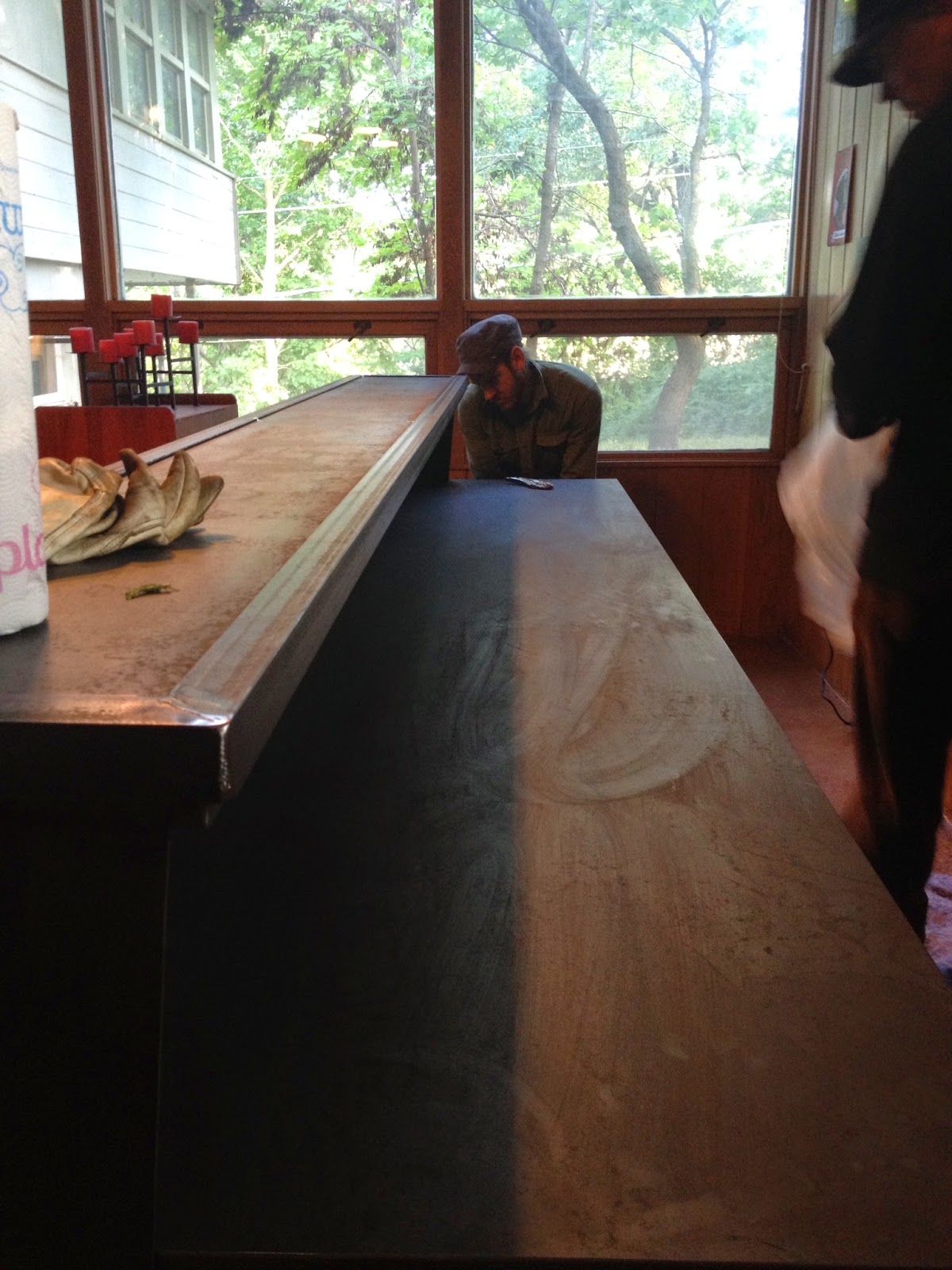 There were a couple of bumps along the way, but she was very pleased with the final result.  It really fits the space nicely.  Now I need to take a bartending class! 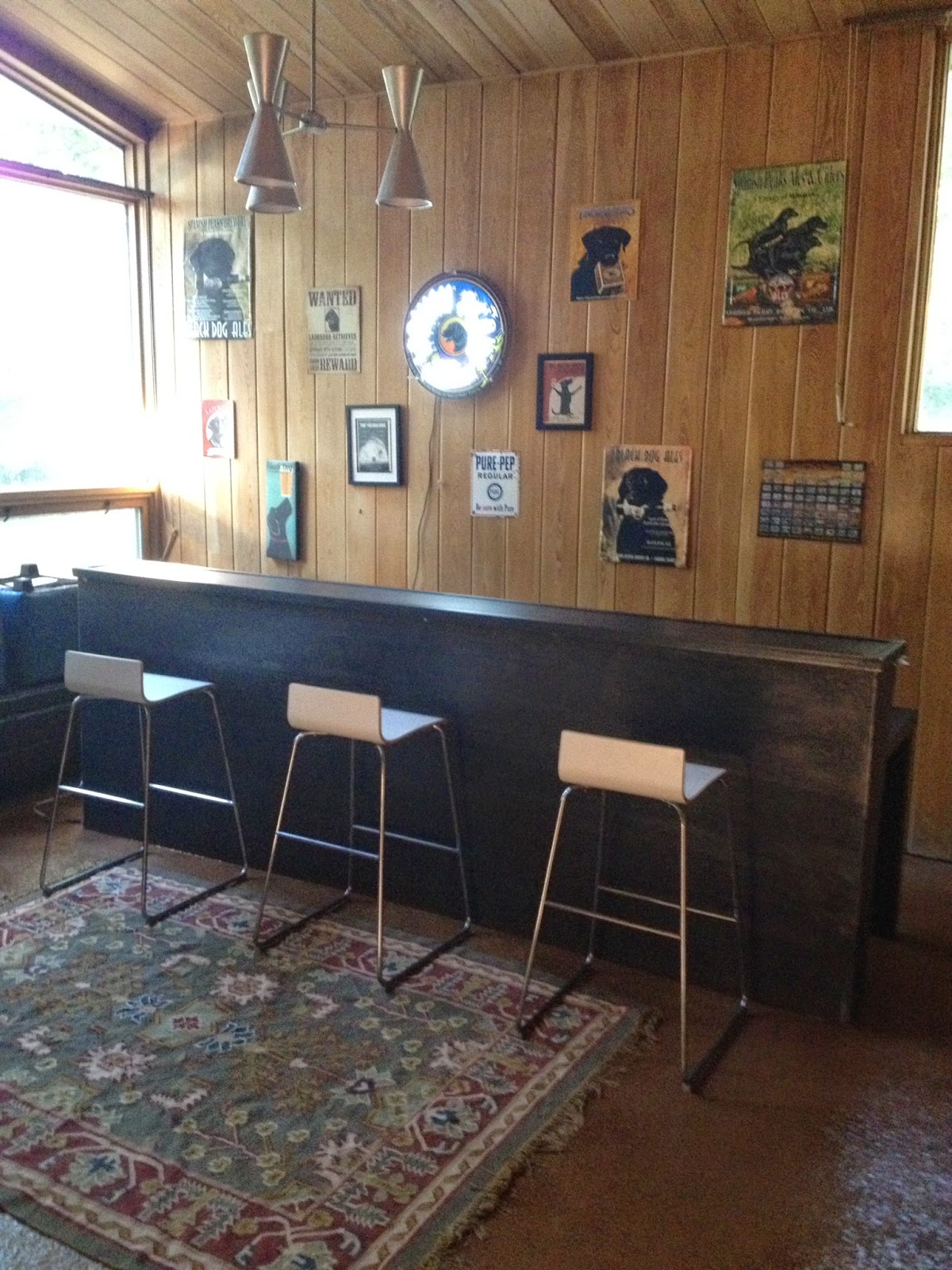 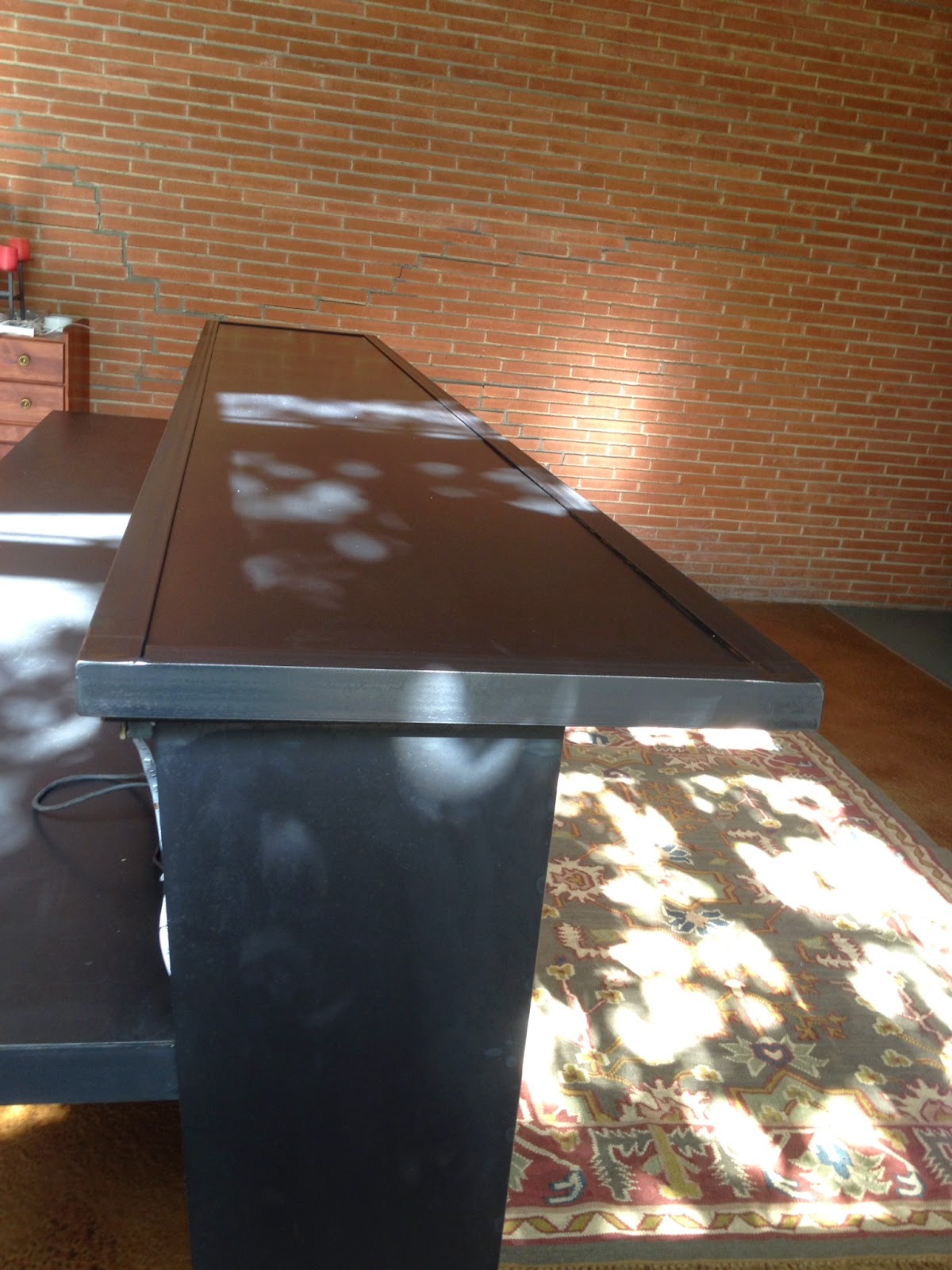 It got done just before our Halloween Party! 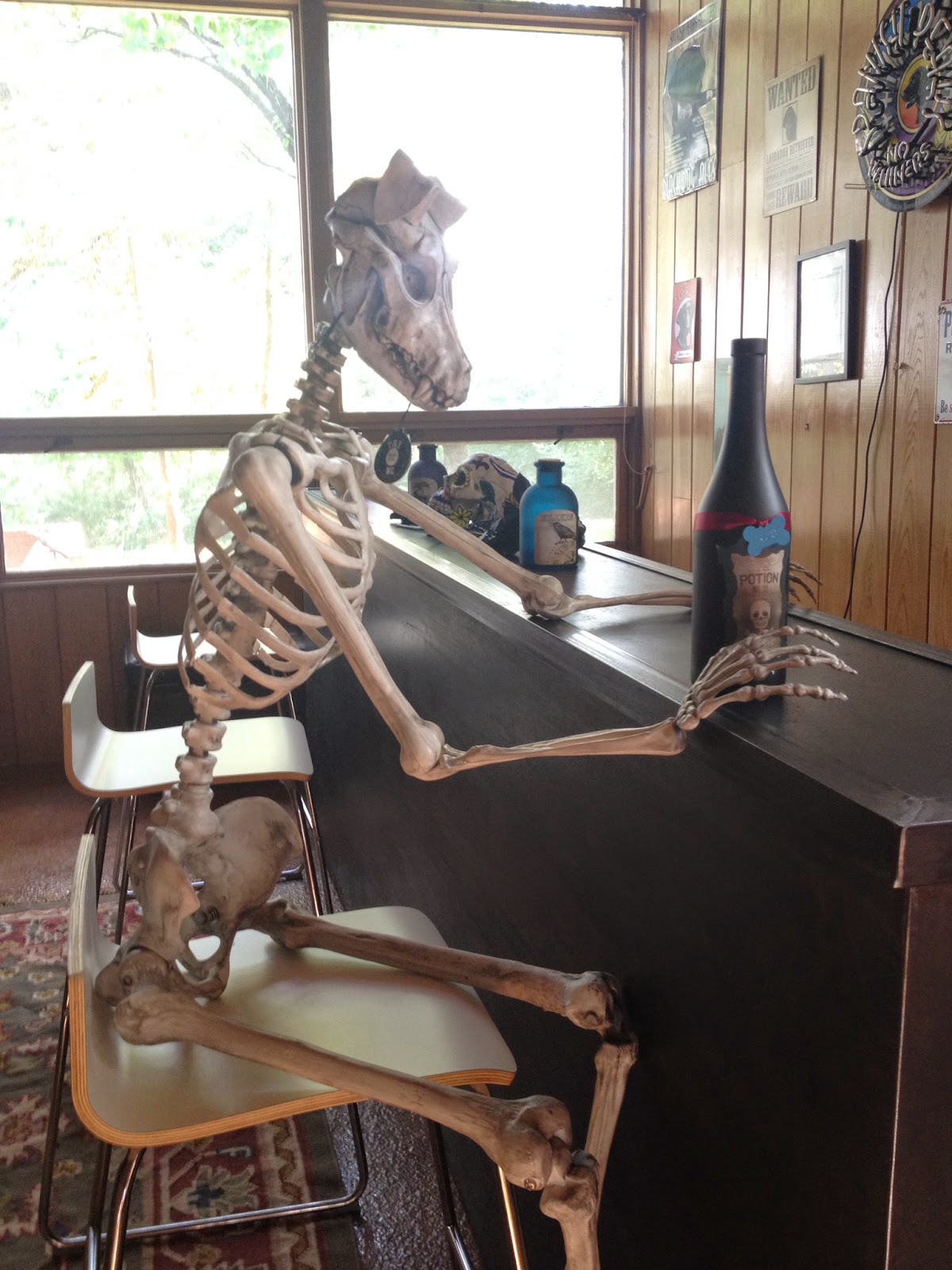 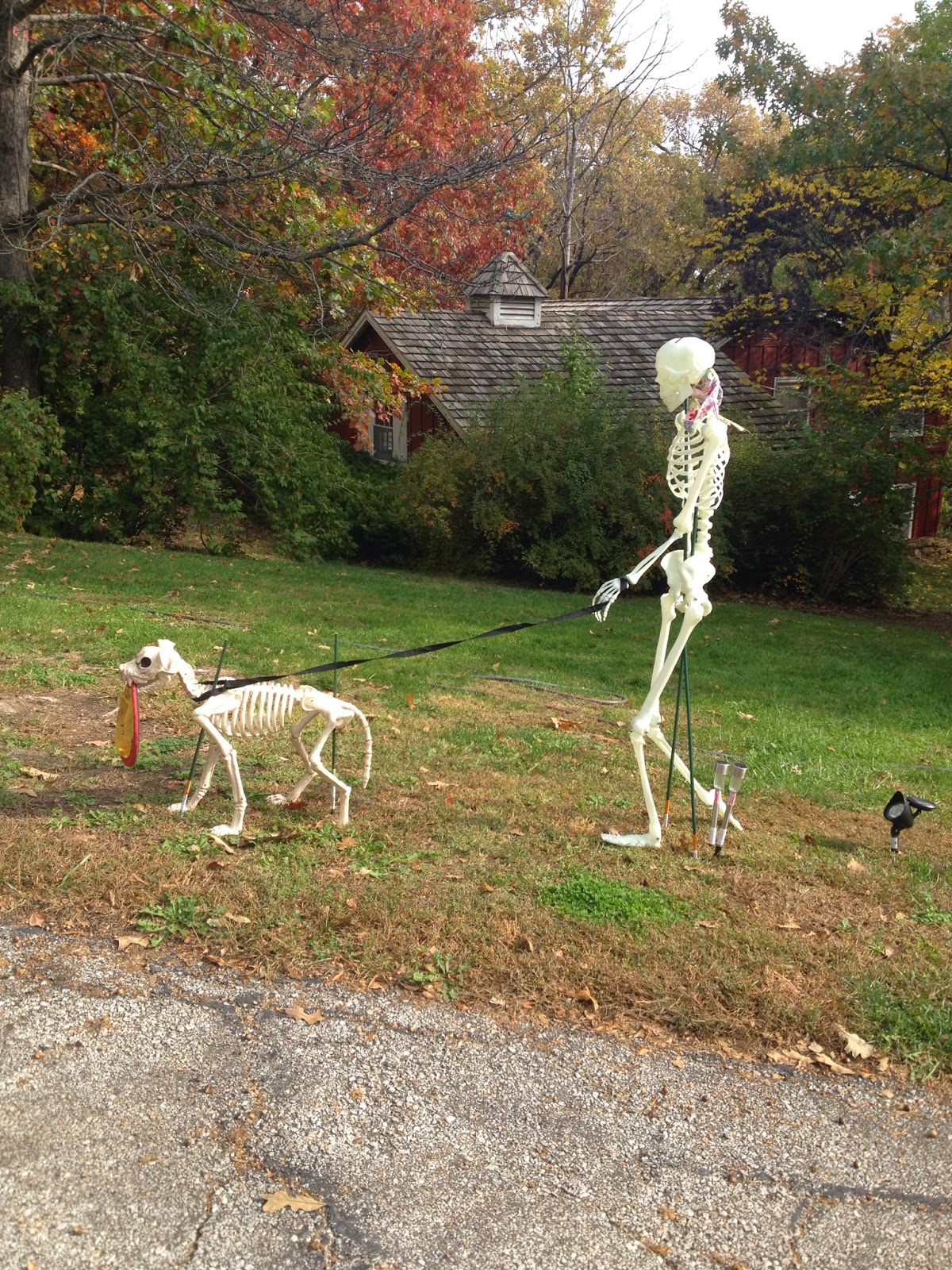 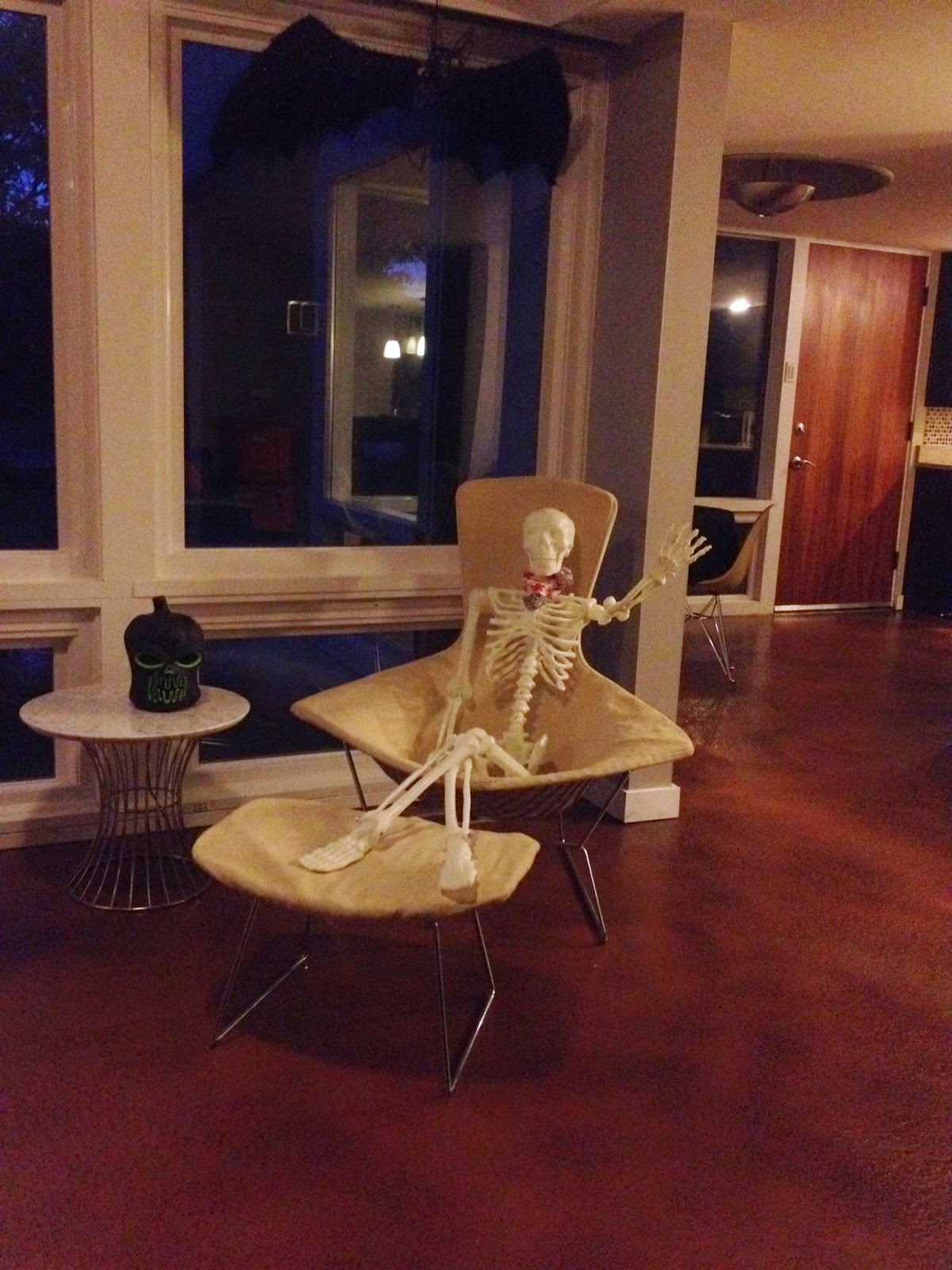 Given the Royals success this year, it became a Halloween/Royals Watching Party. 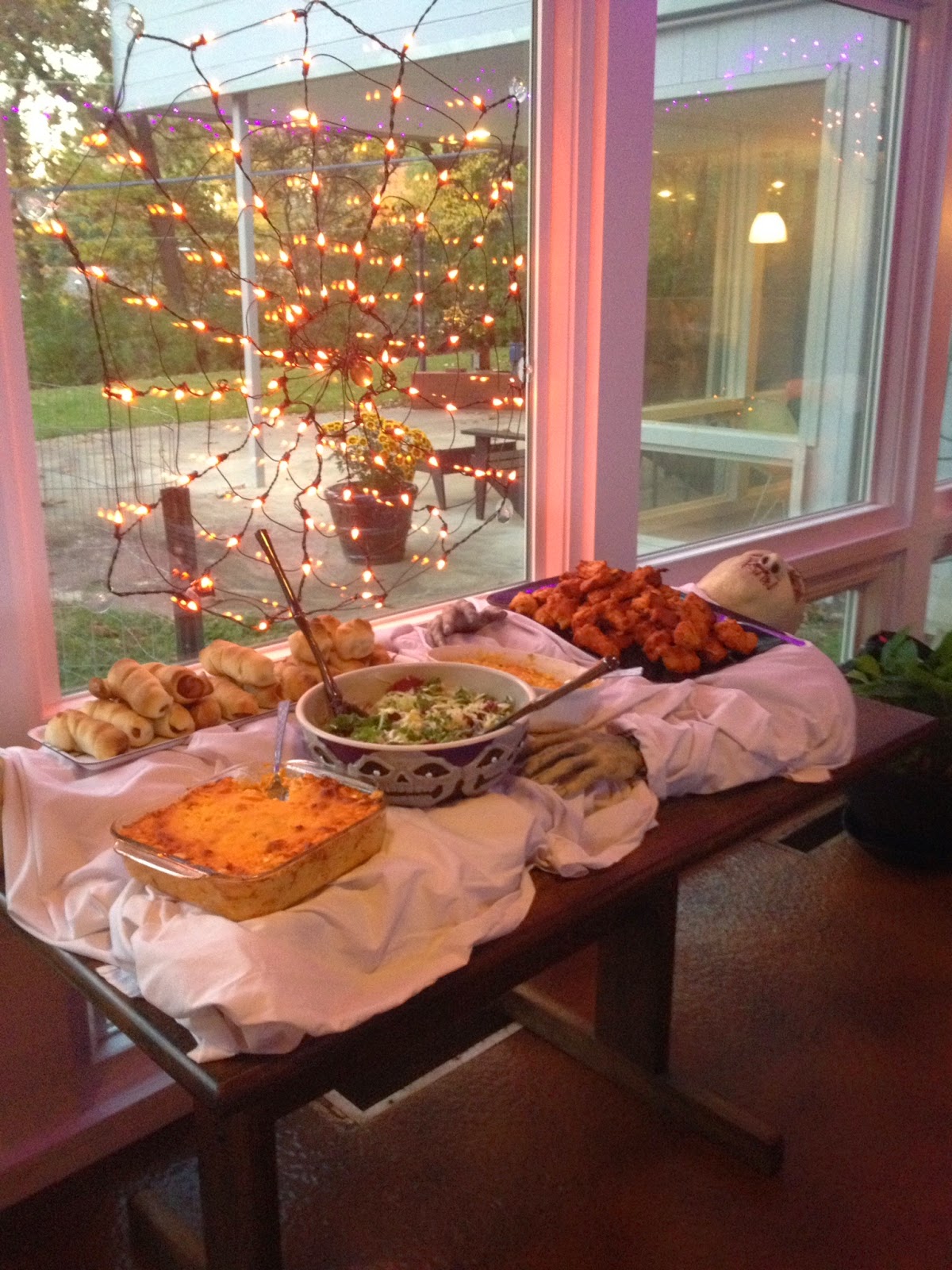 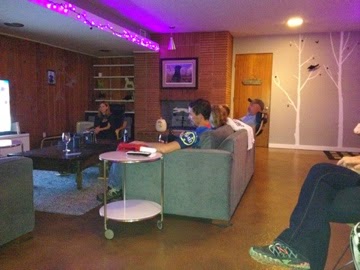 We have finally started work on much needed landscaping in our front and side yards.  The first phase of this project is almost finished, stay tuned for more updates. 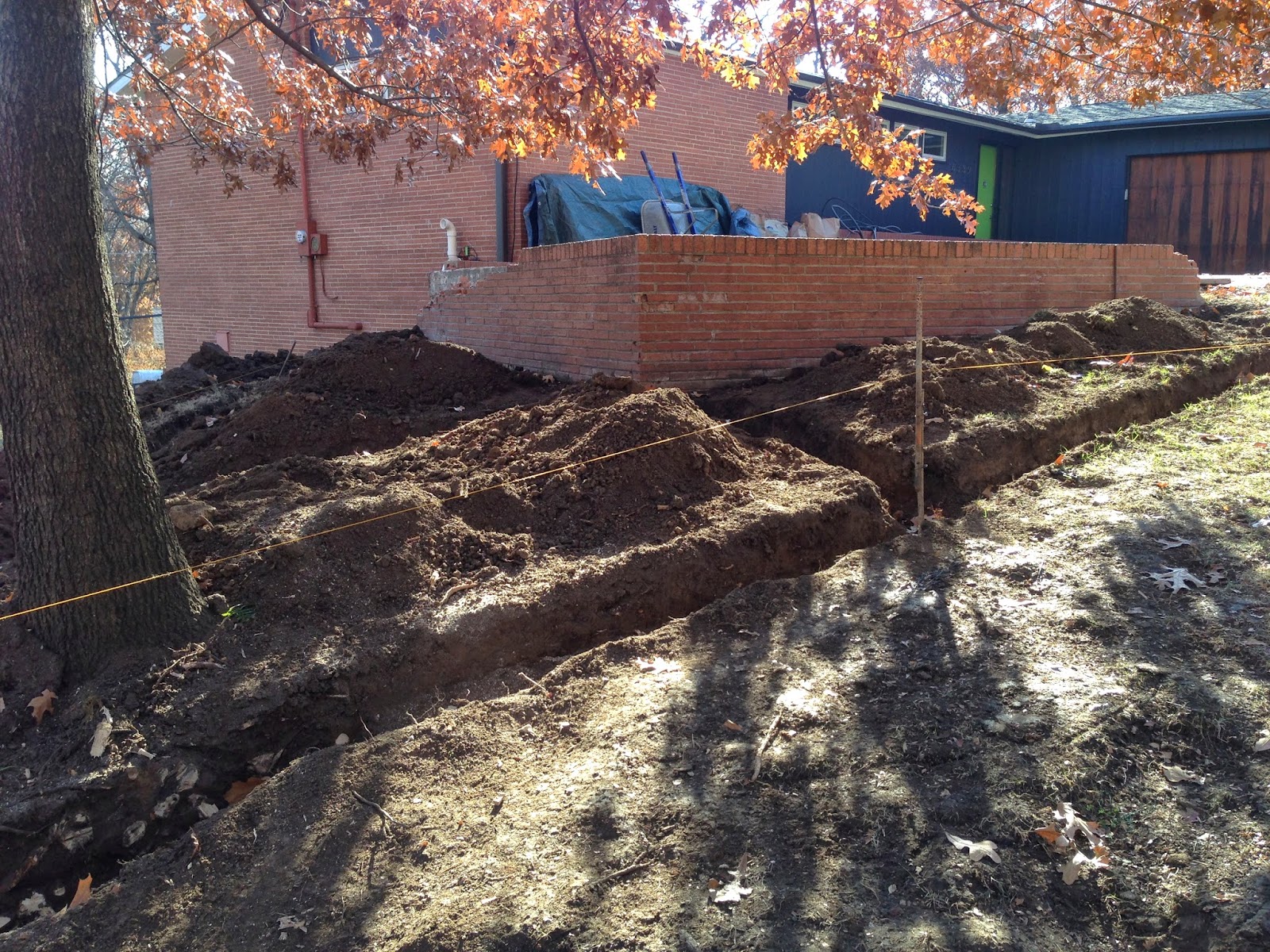